Savannah, Georgia’s BLACK TUSK have confirmed that they will be appearing at the inaugural “Orion Music + More Festival” curated by Metallica. The festival will be held in Atlantic City, New Jersey at Bader Field on June 23rd and June 24th. BLACK TUSK will be playing on Saturday January 23rd. More information on the festival can be found on the official “Orion Music + More Festival” Website, Facebook Page and Twitter. END_OF_DOCUMENT_TOKEN_TO_BE_REPLACED

Savannah, Georgia’s BLACK TUSK have confirmed an appearance at this year’s Roadburn Festival on Thursday April 12th in Tilburg, Holland. Coinciding with this special appearance, BLACK TUSK will be providing direct support to label mates RED FANG. The tour will kick off April 5th in Segrate, Italy and wraps up on May 5th in Essen, Germany. A complete list of dates can be found END_OF_DOCUMENT_TOKEN_TO_BE_REPLACED

Support to Come From Black Tusk 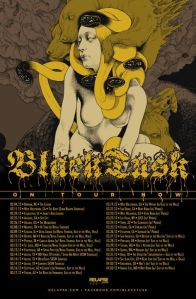 WITH ROYAL THUNDER, EAST OF THE WALL, HULL END_OF_DOCUMENT_TOKEN_TO_BE_REPLACED

BLACK TUSK is offering a free download of the track “Set the Dial to Your Doom” exclusively at RCRD LBL. The download comes from their brand new album Set the Dial which saw an October 24th release via Relapse Records. END_OF_DOCUMENT_TOKEN_TO_BE_REPLACED 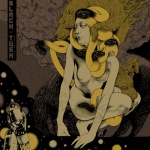 According to VH1, today, 11/11/11 is metal day. I don’t know how true that is but who  cares? It’s a great excuse to feature Black Tusk’s latest album Set The Dial.

BLACK TUSK is offering a free download of the track “Bringer of Darkness” exclusively at iTunes. The download, available for one week only, comes from their brand new album Set the Dial which saw an October 24th release via Relapse Records. END_OF_DOCUMENT_TOKEN_TO_BE_REPLACED

The Soda Shop
Create a free website or blog at WordPress.com.