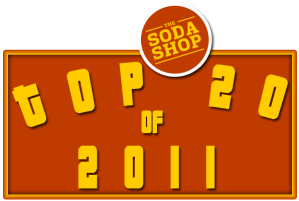 Well it’s that time of year again. Time to name my favorite albums of 2011. 2011 brought us a lot of good stuff by a lot of great bands. 2011 also brought on a lot of surprises from bands that were really unknown until their material was released or well afterwards. Bandcamp played a huge role in music discovery for me. It turned out hundreds of great albums not only released in 2011 but in years past as well. This list, my favorites as well as honorable mentions, is no way a complete list of what was released this year. There is just to much out there that I don’t either have time to get to, never heard of or won’t discover until well after this year is completely over. I know there’s going to be a few surprises. Let it be known that I listened to a LOT of new albums this year and picking my top 20 out of the hundreds was very hard to do. 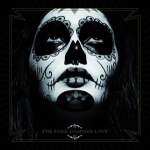 The Sade – Damned Love – (review) I really didn’t know what to expect when this one came across my desk but I needed to check it out. And check it out I did. I was pretty damn impressed that I listened to the album at least 10 times in a row. In my review I stated “The majority of the album is all alchchol fueled hard rock. Throughout my listening of the album I couldn’t help but think that this is what Social Distortion may sound like if they were more rooted in 70′s hard rock as opposed to their punk roots.” Granted it’s been a few months since I’ve listened to it, it still has a strong spot in my top 20.

END_OF_DOCUMENT_TOKEN_TO_BE_REPLACED

The Big Wheel Stunt Show is another band that I discovered through the ever awesome Classic Rock Magazine.They hail from the mighty Tacoma, Washington. Cheetah Milque is their second album. They play 70’s inspired hard rock with some blues and influences that appear to come from such legends as Mountain, Cream, The Who, and Nazareth.

Cheetah Milque starts off getting right down to business. There’s no slow into or long instrumental, the album gets off on the right foot by getting right into the vocals. From there it doesn’t stop. Cheetah Milque is full of catchy riffs and lyrics. The songs are the types you don’t forget as they’re just as catchy. The guitarist is some of the best I’ve heard and the solos that lie withing a few of the songs are just outstanding. Just listen to “Red List, Blue List.” Each song is different and has it’s own identity. You’re not going to hear a borrowed riff between any two songs, just as it should be. END_OF_DOCUMENT_TOKEN_TO_BE_REPLACED