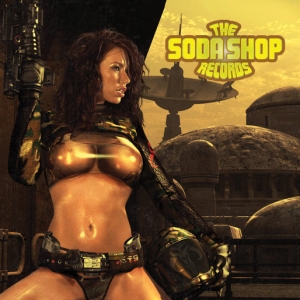 The Soda Shop Records Proudly Presents it’s next free comp album. The album is officially due out for FREE at the end of May. Artists featured will be Fellwoods, The Grand Astoria, The Dead Exs, The Heavy Eyes and a few more surprises. More details to come soon.

Also on the comp album will be a track from Mothership’s self titled debut album which is due out in June. You’ll be able to stream the song exclusively now. END_OF_DOCUMENT_TOKEN_TO_BE_REPLACED 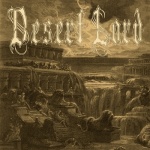 Desert Lord are a stoner sludge/doom metal band from Helsinki. They have 2 track EP available with is FUCKING Kick ass. Heavy and gruffy vocals mixed with some crushing instruments make for a highly enjoyable listen. 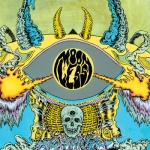 There’s worse places to start, than to play your debut show opening for Japanese serial-killer obsessed CHURCH OF MISERY. Then again, since MOONLESS also later on did gigs with SAINT VITUS, PENTAGRAM and UFOMAMMUT and are about to unleash their brilliant debut on DOOMENTIA, one could say this was just a beginning…
The band started in Copenhagen, Denmark back in 2008 by people who cut their teeth in the local punkscene throughout the 00’s in bands such as No Hope For The Kids, Hjertestop, Amdi Petersens Armé and Village Idiot. People in the know will acknowledge these were important bands helping to put Denmark back on the international map of underground music.

‘Calling All Demons’ is accompanied by mindblowing coverart by Tue S. and the songs on this debut album are nothing short of a triumph, ready to step up at the top of the mountain of bodies that used to be called the stoner scene. It’s both old school yet fresh sounding slow bonecrushin’ rock’n’roll. Pure primal testosterone sludge done the right way, the MOONLESS way. 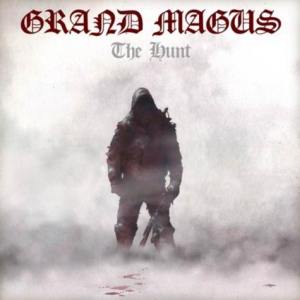 The official lyric video for “The Hunt”, the title track of the new album from Swedish heavy rockers GRAND MAGUS, can be seen below. Due in Europe on May 25 via Nuclear Blast Records, the CD’s cover artwork was created by Arik Roper (CATHEDRAL, HIGH ON FIRE, SLEEP), who also handled the art on GRAND MAGUS‘ “Iron Will” LP.

Commented GRAND MAGUS frontman Janne “J.B.” Christoffersson: “Arik Roper is a super-talented artist and we’ve had the pleasure of working with him before when he did the cover art for our album ‘Iron Will’. This time around with the overall feel and lyrical themes of our new album ‘The Hunt’, Arik was the perfect choice once again. We basicallly just gave him the title and he created one of the most haunting and suggestive images ever seen. He totally nailed what the album is all about. To say we are pleased is a gigantic understatement! This piece of art will stand the test of time and become classic.” 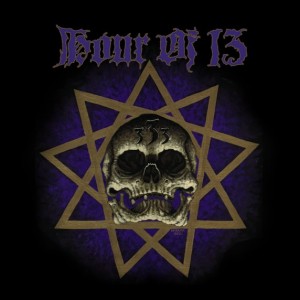 North Carolina doom metallers HOUR OF 13 are gearing up for the release of their highly-anticipated new album, 333, which is due to be released on May 28th.

DARKTHRONE’s FENRIZ recently featured HOUR OF 13 in his ‘Band of the Week’ column, stating, “This new Hour of 13 album simply cannot do wrong – it is immersed in utmost respect and understanding of the ways of old”.  The album was described by HOUR OF 13 guitarist CHAD DAVIS as “A purely dark heavy metal album for the isolationist in all of us”.

333 is HOUR OF 13’s third album, and was recorded at Epiphonic Studios in Lenoir, North Carolina. END_OF_DOCUMENT_TOKEN_TO_BE_REPLACED 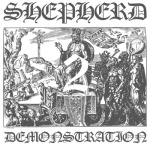 Born To Hula have recently released a new album titled Tales of Love. I like this album because of the diversity. I remember with their last release all I could help but think was Queens of the Stone Age. I still think that with this album big time but it appears they’ve reached down and pulled a little Jimi Hendrix and other late 60’s, early 70’s psych rock in. There seems to be a little ode to Songs For The Deaf in the beginning of song 3, “No Regret” with the tuning of the radio to a station before the song starts. Tales of Love isn’t as heavy as their previous release but rocks out pretty hard. The desert rock like tunes keep you moving and grooving to the beat from start to finish. Look for a vinyl release this coming October.

END_OF_DOCUMENT_TOKEN_TO_BE_REPLACED 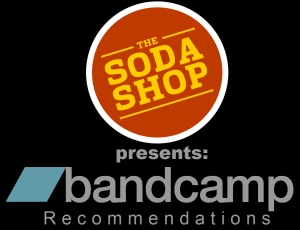 The Heavy Eyes are back with a 2 track demo from their winter recording sessions. It’s only 2 songs (thus the “2”) but they already shows signs of a refined sound. Excellent music as always!

END_OF_DOCUMENT_TOKEN_TO_BE_REPLACED 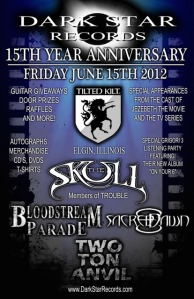 THE SKULL, the new band formed by two original members of TROUBLE — vocalist Eric Wagner and drummer Jeff “Oly” Olson — alongside the band’s longtime bassist, Ron Holzner will play their debut show with SACRED DAWN guitarists Lothar Keller and Michael Carpenter headlining the DARK STAR RECORDS “15 Year Anniversary Bash” set to take place at the Tilted Kilt in Elgin, Illinois on Friday, June 15th, 2012. THE SKULL’s set list will consist of 100% music from TROUBLE, with emphasis on material from the albums “PSLAM 9” and “THE SKULL”. Visit www.troubletheskull.com for ticket prices and additional shows. A U.S east coast tour will be announced next week.  END_OF_DOCUMENT_TOKEN_TO_BE_REPLACED 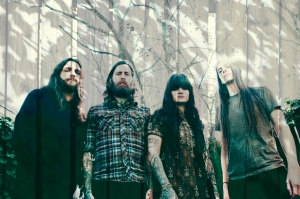 May 1, 2012, Philadelphia — Royal Thunder, the Atlanta-based quartet who release their debut album CVI on May 22 (Relapse Records), and RCRD LBL are offering a download of “Whispering World”: http://rcrdlbl.com/2012/05/01/download_royal_thunder_whispering_world. END_OF_DOCUMENT_TOKEN_TO_BE_REPLACED

April 26, 2012, Philadelphia — Royal Thunder, the Atlanta-based quartet who release their debut album CVI on May 22 (Relapse Records), recently recorded an in-studio performance of “Sleeping Witch” for indieATL, which can be viewed at http://indieatl.com/indieatl-videos/first-video-from-royal-thunder-indieatl-session-sleeping-witch/ (or below).
END_OF_DOCUMENT_TOKEN_TO_BE_REPLACED 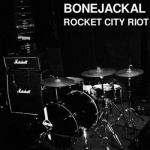 Bonejackal plays rock and roll, no vocals, just raw to the nerve UFO rock and roll. Heavily influenced by classic rock the trio also blends elements of early psychedelic acts such as Pink Floyd and Black Sabbath and the proto-punk sounds of the Stooges, and the MC5.

Colornoise is a noise rock duo formed by Sonya Carmona (Lead vocals, guitar) and Alison Alvarado (Drums, vocals). The style of the band is strongly marked by genres such as stoner rock, grunge, garage and post punk.
The project started in 2009 when the girls created a couple of songs in jamming sessions that they enjoyed playing for friends. Being only two, they decide to make their first album.

END_OF_DOCUMENT_TOKEN_TO_BE_REPLACED

The Soda Shop Podcast This Saturday! 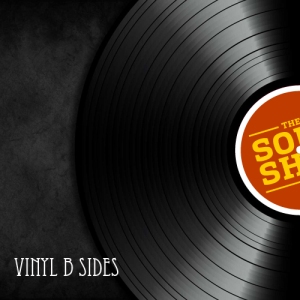 Listen to Grip of Delusion Radio this Saturday 3-5 EST. This week we celebrate vinyl. There’s no denying that vinyl has really taken off the past few years. This weeks Podcast is not only vinyl related but B side too. In the old days of single, there would be a B side that often contained a non album track, a live track or a filler from the full length. Well these B sides are the 2nd side to the LP and not the singles. Oh, this isn’t Mp3 sourced material either, each B side was recorded from my actual vinyl and will contain the little pops and cracks often associated with record playing. 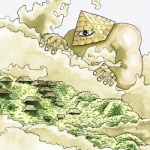 Buried Sleeper are a doom metal band from the UK. Slow played, drawn out and down tuned is their specialty. This is an album that you can really get into, groove your head along to the beat and get lost up in the moment with.

New York Rock Trio NAAM to Release New EP “The Ballad of the Starchild” on May 8, 2012

NAAM The Ballad of the Starchild 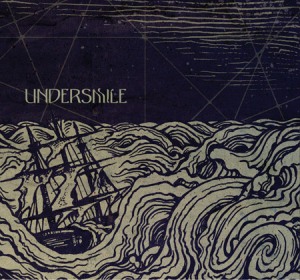 UNDERSMILE will release their long-awaited debut album Narwhal via Future Noise Recordings on May 28th 2012, the recording, which follows 2010′s A Sea of Dead Snakes EP and last year’s split EP with Caretaker, is a progression into darker, heavier territory for the band and the opening track ‘Lockjaw’ can be streamed exclusively via The Sleeping Shaman at THIS LOCATION.

Clocking in at just under the 80-minute mark, Narwhal was co-produced and mixed by the band and Jimmy “Evil” Hetherington and mastered by the legendary Billy Anderson. The album will be released as a 4-panel digipak CD, as a digital download and Pre-Sales start today END_OF_DOCUMENT_TOKEN_TO_BE_REPLACED 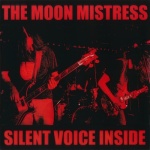 Ugly ritual lo-fi Doom, inspired by our Moon Mistress. The fathomless and eternal flame-coloured eyes of Goddess look at us. Pray Her.

Currently only a few tracks are up for streaming but the entire album kicks some major ass. While the majority of the album is instrumental, the highlight lies within its bone crushing, face melting and spine tingling riffs. It’s huge, it’s massive, it’s everything that embodies doom metal. 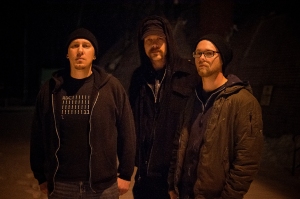 Heavy rockers, ROMERO, are celebrating the high holiday by releasing a pair of tracks for free download.  “Couch Lock” and “In The Heather” are available for FREE in multiple formats.  This release is the band’s second for Grindcore Karaoke, the online label headed by J. Randall of AGORAPHOBIC NOSEBLEED (Relapse).  In addition to the download, ROMERO is releasing a LIMITED EDITION cassette package with 3D artwork, poster & 3D glasses.

They have 3 songs available but need to be downloaded separately.

END_OF_DOCUMENT_TOKEN_TO_BE_REPLACED 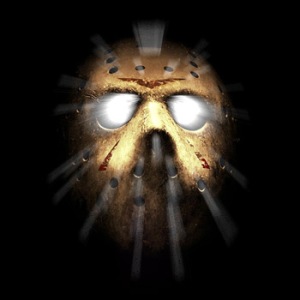 Friday the 13th is a sort of taboo day. The superstitious type think anything that is bad can and will happen to them on this day. I call it bullshit but it’s also a great excuse to feature 13 great doomy, dark and eerie albums for the day. Each of these 13 albums could be the soundtrack to any horror/slasher movie. So, here they are, in no particular order with their crushing and coma inducing albums.

END_OF_DOCUMENT_TOKEN_TO_BE_REPLACED

The Next Hundred Years is a band from Vancouver Canada. They play an interesting blend of hard rock citing influences such as Kyuss and Queens of the Stone Age. Their sound is not desert rock though. Perhaps a heavier Queens though. Very good and highly recommended.

END_OF_DOCUMENT_TOKEN_TO_BE_REPLACED

Here’s a few recent and upcoming 7″ releases to look forward to.

The band’s first release before a full length will be  self titled 7″. The 7″ contains two tracks, “It’s All Right”  and “Wake Up.” If this is what we can expect in the full length then we;re in for a treat. “It’s All Right” has a nice moderate beat going for it. Chris’ vocals are in top form. “Wake Up” is heavier and features lots of fuzz. The break down towards the end is kick ass and the psychedelics mixed in sound awesome. END_OF_DOCUMENT_TOKEN_TO_BE_REPLACED