Port Orchard, WA – Three years, two full length albums, an EP, countless appearances on compilations and 7” projects, deluxe re-issues of out of print albums . . . the only thing missing from the Stone Axe repertoire is a full length live album. Wait no longer! Stone Axe and Ripple Music will be releasing the first full length live album from the Washington based rock n’ roll END_OF_DOCUMENT_TOKEN_TO_BE_REPLACED 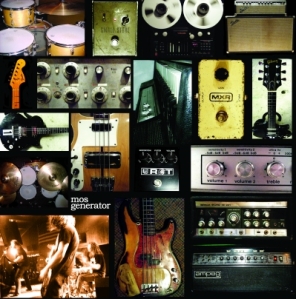 Continuing with the company tradition of giving back to the community, Ripple Music will auction an extremely Rare Original Test Pressing of the Mos Generator 10th Anniversary vinyl, with proceeds going to the Wounded Warrior Project (WWP). With the mission to honor and empower Wounded Warriors, WWP is the hand extended to encourage warriors as they adjust to their END_OF_DOCUMENT_TOKEN_TO_BE_REPLACED

Stone Axe, Grifter, and Iron Claw Ready for the Official North American Release of New Albums in the Wake of their Triumphant Appearances at Desertfest

FOR IMMEDIATE RELEASE
By all accounts, the crowds were blown away.  Rocking the Midlands hailed Stone Axe’s recent route through the U.K., as “the best kept secret in rock!”  The Obelisk called Grifter’s Desertfest show “no bullshit rock n roll” and “the destination I’d been running to all day.”  And famed rock critic, Mark Taylor, from Touchline Live Music and Metaltalk.net, claimed that finally seeing Iron Claw live as they took the Desertfest stage was a “skullcrushing joy.”  END_OF_DOCUMENT_TOKEN_TO_BE_REPLACED

It’s no secret that Stone Axe is one of my favorite bands. They rank right up there with a lot of the greats for me. The band has released so little but yet so much at one time. Albums, EP’s and plenty of 7″ releases to find and collect, the one true thing that was missing was a live album. Sure the Extended Play EP had a live set played at a local record store, it was good and I loved it, don’t get me wrong but not a “true” live release. So how does one band remedy that? Well you record and release your set from the worlds biggest underground festivals on Earth. Roadburn.

Captured Live! Roadburn Festival 2011 captures the band’s entire set from the 2011 festival. It captures the raw emotion and energy throughout. From the opening instrumental track “Stonin” to the last track, a Mos Generator cover “Nightwolf” it’s apparent, live music is Stone Axe’s thing. Some bands are great in the studio but so so (or worse) live. Not Stone Axe.  They’ve honed their craft quite nicely and the end output is fantastic. The overall sound and production on this disc is great. The crowd reactions between tracks aren’t really loud or prominent but they’re there to remind you that this is indeed live. Drew even gets the crowd involved during “There’d Be Days.” Captured Live! Roadburn Festival 2011 contains tracks from both full END_OF_DOCUMENT_TOKEN_TO_BE_REPLACED 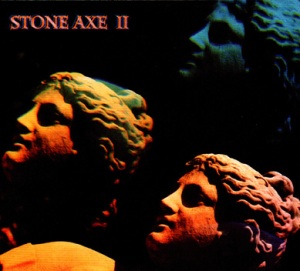 FOR IMMEDIATE RELEASE
Port Orchard, WA classic-rock preservationists, Stone Axe, have announced that the bands latest deluxe package is set for world-wide release for April 10th in North America (April 2nd in the UK)! Stone Axe II – Deluxe Edition is a 2-disc set that includes the stellar originally self-released 10 track epic album, plus a bonus disc containing 15 songs clocking in at over an hour of incredible classic END_OF_DOCUMENT_TOKEN_TO_BE_REPLACED

The Soda Shop is proud to present to you, a new song from Iron Claw featuring their new vocalist Gary Hair. The track named “Final Hours” is available for streaming and free download for 24 hours (ending 11:59 3/15/2012). You can also see an exclusive video below.

From 1969 to 1974 Scottish Heavy Rock band Iron Claw plowed across theUK, blasting out relentlessly heavy doom-laden, heavy blues rock.  In and out of the recording studios, the band never officially released an album, but the bulk of their recorded output finally saw the light of day in 2009, released as a self-titled CD by Rockadrome. 35 years had passed since their last recording, but it was as if time had stood still. 2009 found a hungry audience, salivating at the heavy riffs and earthshaking rock that was Iron Claw. Stunned by the overwhelming response, the lads of Iron Claw started talking and soon, the band had reformed to work on new material. The buzz began to build. END_OF_DOCUMENT_TOKEN_TO_BE_REPLACED 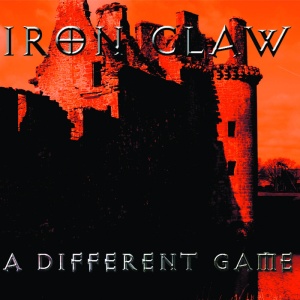 FOR IMMEDIATE RELEASE
Capping off a year that found Scotland’s Iron Claw being hailed as the Rock n’ Roll comeback story of the Decade, Iron Claw has roared back to build upon the momentum and notoriety gained in 2011.
Rightly hailed as one of the silent legends, the pioneers of British Heavy Metal and Hard Rock, with their Ripple Music debut,  A Different Game, Iron Claw proved that their role in Rock history shall never go unspoken again.  A hard biting, bluesy album found the band re-energized and vibrant on their first ever official releases. END_OF_DOCUMENT_TOKEN_TO_BE_REPLACED

The Soda Shop
Blog at WordPress.com.